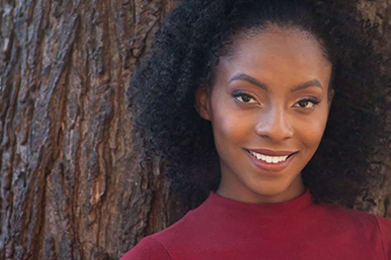 Suddenly in 2017 my scalp became extremely sensitive, even to the touch. At times it felt like a migraine in the  center of the scalp. Often it felt like my scalp was bruised. Other times I would feel a hot tingly pain that would shoot in the middle of my scalp. Throughout my career as a hairstylist, I have encountered alopecia clients and believed myself to be well versed on hair loss and other scalp maladies. I used my professional knowledge to self-diagnose the symptoms because of life stressors. I was in denial that anything more significant could be the cause of my hair woes. Unfortunately, styling my hair became so painful! I began to wear scarves daily to avoid touching it,  and painfully styling my hair for events where a headwrap would be deemed inappropriate. Then in 2018  a family member’s hair began to fall out. She came to me for professional advice. During her  consultation, I discovered that we both had similar symptoms. We shared about the painful problem of hair loss that suddenly appeared for us both. I began doing intense research and  came across some information on scarring alopecia. After two failed appointments, I found a dermatologist who confirmed with a blood test and biopsy that both my family member and I had CCCA. I became slightly depressed at the news because the idea of having scarring alopecia was a total bummer!!!  One, it is physically painful, always
leaving me on edge about how, when and what will cause my pain. Secondly, it is emotionally painful knowing that I will be bald and could genetically pass this to my children. However, the silver lining was that I finally had answers! This hot, painful, sore scalp had a name. In the words of SunTzu, “If you know the enemy and know yourself, you need not fear the result of a hundred battles.” My hair journey started with self-love, progressed to a creative career, then to advocacy, which led me to SAF! I am ecstatic to have a network of fellow patients and medical professionals that understand my condition. Joining SAF this year further affirms that CCCA has a greater purpose in my life and that WE are not alone!